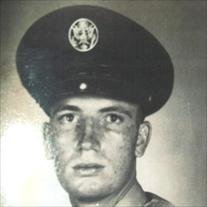 Walter Ray Bowman of Malakoff, Texas passed away on August 14, 2016 at the age of 84. Walter was born on September 21, 1931 in Corbett, Texas to Robert Alwin Bowman and Sybil Reed Bowman. He was retired from the United States Air Force. He is survived by his children, Stephen, Russell and Bryce Bowman and Darla Bowman, grandchildren, Robyn Galamay, Michael Bowman and Justin Bowman, great grandchild, Lyam Galamay. He was preceded in death by his parents, Robert and Sybil Bowman, wife, Clydella Bowman. three brothers and four sisters. Visitation will be held on Thursday August 18, 2016 from 6 to 8 PM at Huckabee-Tomlinson Funeral Home in Malakoff, Texas. Service will be held on Friday August 19, 2016 at 11:00 AM at Huckabee-Tomlinson Funeral Home in Malakoff, Texas. Interment will follow at Malakoff Cemetery.