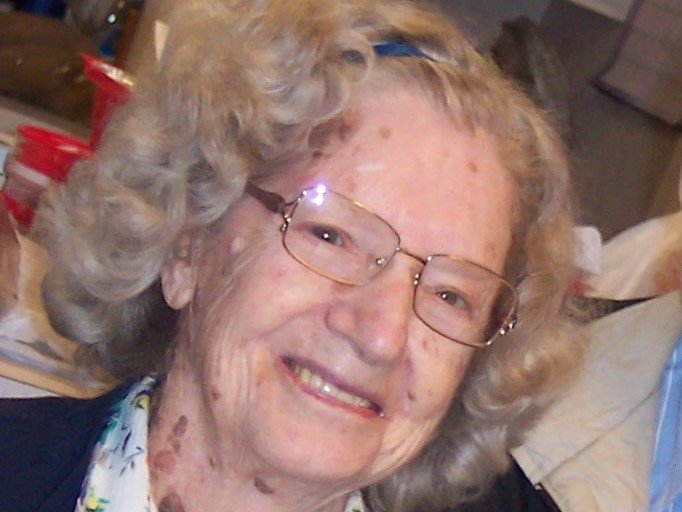 ~~Vera Dalton was born on January 21, 1922 in Elmo, TX to Christopher Columbus Dalton (31) and Mattie Virginia Neel (27).Â  She married Benjamin "Joe" Prestriedge on August 17, 1945.Â  They had two children during their marriage.Â  She passed into the Kingdom of GOD on August 27, 2017 at the age of 95.Â
Vera was a farmer's daughter and lived most of her younger years in Peeltown, TX.Â  When she was about 21 years young she joined the Women's Army Corp and was in the Army for about 3 years.Â  Her childhood sweetheart Joe Prestriedge had been discharged from the Army so she came to Dallas and they got married.Â  She then returned to Maryland where she was stationed for about three months until she was discharged.Â  (Back in those days, if a woman got married she was no longer allowed in the military.)
Her first born, Ronnie Joe Prestriedge came along in 1946 and then they moved to Pleasant Grove in 1948.Â  Her second sonÂ Benny R. Prestriedge was born in 1951.
After the kids wereÂ grown and out on their own, Joe and Vera movedÂ to Henderson countyÂ and lived in Tool, TX where she was a member of the Body of Christ Church and attended worship at the Church of Christ in Seven Points.
She was preceded in death by her parents, her husband Benjamin Joe Prestriedge; Sisters:Â  Beatrice Uldine Guthrie; Delma Florence Flokes; and Verna Pastuszka, and a brother Roy Burton Dalton.
Her surviving extended family consists of two sons and their wives:Â  Ronnie Prestriedge and Cecelia of Rowlett, TX and Benny Prestriedge and Cathy of Mesquite, TX.
A sister:Â  Dorothy Robinson of Garland, TX.
Six grandchildren:Â  Johnny R. Cross of Royce City, TX; Allen W. Cross, Sr. of Forney, TX; Christy Chester and husband Cleon of Waxahachie, TX; Amber Preston and husband Brian of Bismarck, ND; Lisa Massey and husband David of Dallas, TX; and Andrew Patrick Prestriedge and wife Chrissa of Dickinson, ND.
She has sixteen (16) Great grandchildren and two (2) Great-great grandchildren.
Pallbearers will be:Â  Andrew Patrick Prestriedge, Johnny Cross, Jr., Allen Cross, Sr., Allen Cross, Jr., David Massey, and Justin R. Cross.Â  Honorary Pallbearer:Â  Cleon Chester.
Friends and family will gather for visitation from 6:00pm to 8:00pm on Friday, September 1st, 2017 at the Huckabee-Tomlinson Funeral Homes in Seven Points, TX.
Funeral Services will be held on Saturday morning, September 2, 2017 at 11:00am at the Huckabee-Tomlinson Funeral Homes, Seven Points, TX.Â Â with Rev. Dan Short officiating.
Interment will follow at the Shiloh CemeteryÂ in Kemp, TX.