Longtime resident of Malakoff, Shirley Ann Carter entered into heaven's eternal rest on June 7, 2014 at the blessed age of 78. She was born on May 26, 1936 in Dallas, TX to Cleatus Harmon and Alva Mae Millaway. Shirley worked many years at Hollywood Vassarette and Kirby's but she may be most well known from the time she and Buster owned and worked at Sue's Fried Chicken. She is also known by her family and friends as a loving wife, mother, grandmother and great-grandmother and a faithful member of Malakoff First Baptist Church and the Joy Sunday School Class. She is preceded in death by her Parents, Cleatus and Alva Millaway, daughter, Lisa Elaine Carter, brother, Elbert Lee Millaway, brother-in-law, Paul Boyd, and granddaughter Jennifer Dickenson. Shirley is survived by her soul mate and loving husband Buster Carter, son Donny and wife Sherry Dickenson, son, Tommy and wife Becky Dickenson, son David and wife Melinda Dickenson, brother, Jack and wife Imogene Millaway, brother, Danny and wife Ann Millaway, sister, Rosemary Boyd, brother, Larry, six grandchildren Jerry Orris, Melaina Hagerup, Dana Bowen, Shane Dickenson, Amy Salvaggio, and Natalie Dickenson. Her legacy continues on with her great-grandchildren Brandon Orris, Brody Orris, Bowen Orris, Charlie Bowen, Dean Bowen, Caroline Hagerup, Maggie Hagerup, and Carter Dickenson. She also leaves behind numerous nieces, nephews, relatives, and a host of friends. Visitation will be Sunday, June 8, 2014 from 6-8 PM at the Malakoff First Baptist Church. Service will be Monday, June 9, 2014 at 2:00 PM at First Baptist Church with Brother Jody Jones officiating. Interment will be in the Post Oak Cemetery.

To plant memorial trees or send flowers to the family in memory of Shirley Carter, please visit our flower store.

Diane Millaway is following this tribute.

A candle was lit in memory of Shirley Carter

Floor Plant for Sympathy was purchased for the family of Shirley Ann Carter.

To Buster and family, My heart was very saddened of hearing the news of Shirley passing away. Buster, I thought of her often and will always hold a special place in my heart for you. May our Lord give you peace, strength and comfort in the upcoming days. Praying for you all! Love always, Debbie Ulrich Todaro 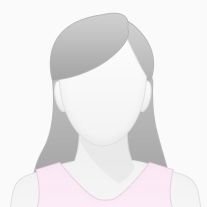