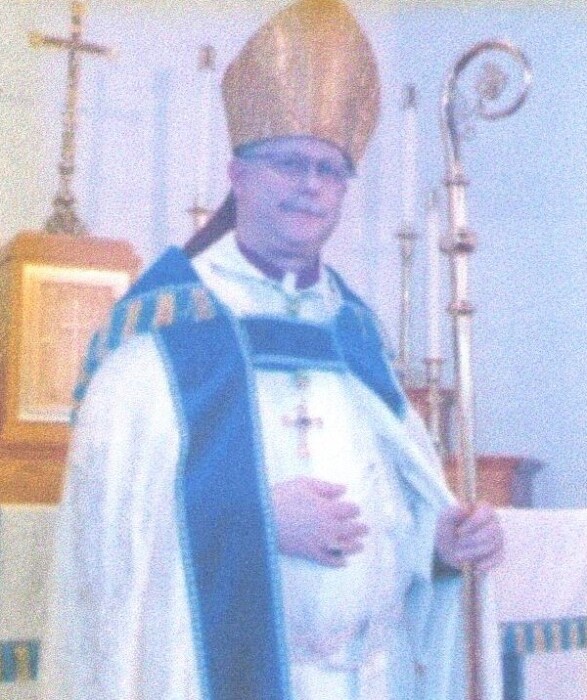 Bishop Stephen D. Strawn, 63, of Quincy, Illinois, formerly of Malakoff, Texas passed away Thursday April 29, 2021 in his home surrounded by his family.

Bishop Stephens graduated from Bryan Adams High School, class of 1976.  He attended Trinity Valley community College, class of 1989.  He then studied Psychology at the University of Texas at Tyler, class of 1990.  Se also studied Theology at Anglican School of Theology, class of 1993.  He went to Logos House of Ministry where he received his Bachelor’s in Theology in 2009.  Later receiving a master’s in Theology.

He worked in retail then moved into drug and alcohol counseling at Sundown Ranch in Texas.  Followed by working at Goodwill, testing and training in Tyler, Texas.  Then moving on to Texas Rehabilitation Commission as a Vocational Rehabilitation in Athens, Texas.  He was ordained to the Diaconate in January of 1992.  He was then ordained into the Priesthood August 25, 1993.  He was then consecrated Bishop October 13, 2007.

Bishop Strawn is preceded in death by his parents, Harless and Lucille Strawn.

Graveside Mass will be 11:00 AM Saturday May 15, 2021 at Post Oak Cemetery with Father Gerald Cope officiating.

To order memorial trees or send flowers to the family in memory of Rt. Rev. Stephen D. Strawn, please visit our flower store.