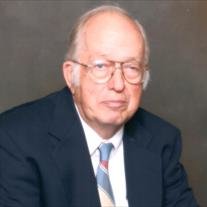 OBITUARY Norris R. "Lefty" Peirce of Mabank, TX, and Marlborough, NH, formerly of Quincy, MA, died Jan. 21, 2016, at age 80 from complications of Parkinson's disease.
Mr. Peirce was a project manager for more than 30 years with the Charles T. Main engineering firm in Boston, which later became part of the Parsons Corporation. There he oversaw numerous projects throughout the country involving the design, construction and installation of printing facilities for several major metro daily publications, including the Dallas Morning News and those of the Gannett Publishing Company. He was a graduate of Middlebury College in Vermont, where he was a member of the DKE fraternity, Governor Dummer Academy, and the Bancroft School. Following his retirement, Mr. Peirce summered in New Hampshire at his family's antique farmhouse, affectionately referred to as "Pers Inn." There he spent time enjoying the view of Mt. Monadnock, tending to a sizable vegetable garden originally planted by his parents, and for many years hosting an annual Fourth of July party complete with fireworks. He spent winters living lakeside in Texas, where he liked to boat, garden and golf. His sharp wit and love of a good pun were well known. Mr. Peirce is survived by his wife Linda (Jackson) and her daughters Brandi (Jackson) Santiago and husband Angel of Hyde Park, MA, and grandson Angel Santiago, and Candii Jackson of Dallas, TX, and grandchildren Rayshawn Yarde, Larry Bray, Blessen Joyner, and Serenity Mumphrey; mother-in-law Beatrice Booker of Dallas; two daughters from a previous marriage, Georgia Peirce and partner Vicary Graham of Boston, and Michelle Peirce and wife Caroline Kuhlman of Charlestown, and grandsons Henry and Robert Peirce; sister Priscilla (Peirce) deVeer of Kennett Square, PA; niece Sue (deVeer) Morrison and husband Paul of Fairfield, PA; and nephew James deVeer and wife Cathy of Hanover, MA. He was predeceased by his parents Alice Violet (Comley) and W. Theodore Peirce of Worcester, MA, and brother Walter T. Peirce, Jr., of Charlestown. Funeral services will be held on Saturday, January 30, 1:00 p.m., at the First Baptist Church, 105 Maple Ave., Keene, NH. A memorial service will be held in Texas at a later date. In lieu of flowers, donations in his name may be made to the Parkinson's Disease Foundation, 1359 Broadway, Suite 1509, New York, NY 10018.
To order memorial trees or send flowers to the family in memory of Norris Pierce, please visit our flower store.