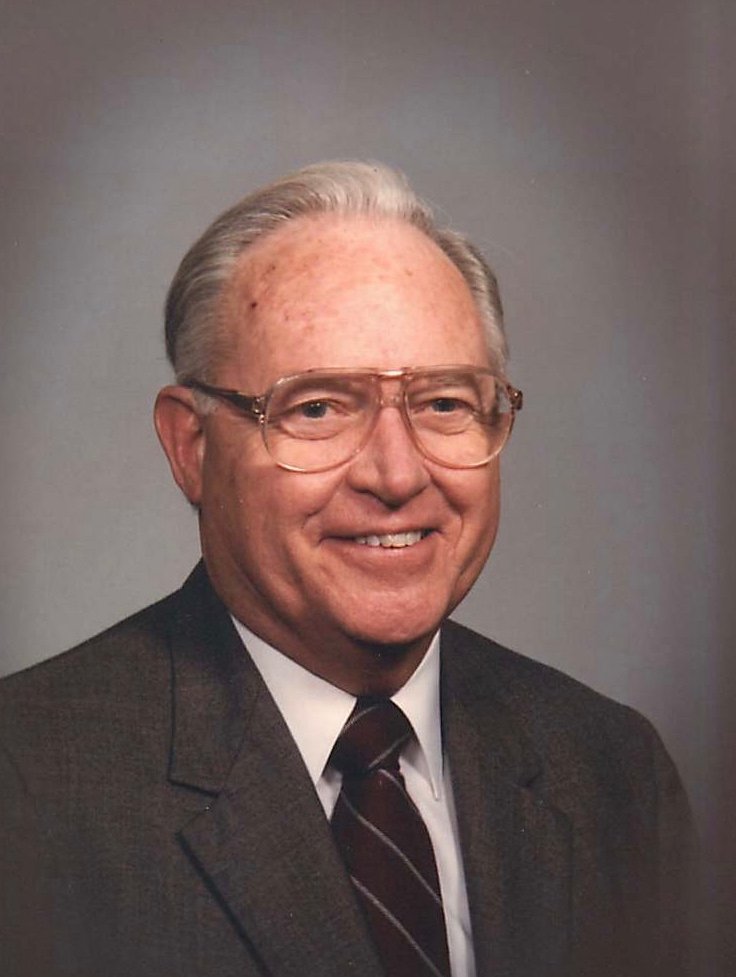 Lucius James White was born September 8, 1929 at Baptist Hospital in Houston Texas to Lucius Jefferson White and Hortense Bell White. He passed away on June 15, 2017, in San Antonio, Texas. Jim, as he was known to everyone, grew up moving around Texas oil towns as his father worked for Magnolia Pipeline Company. He worked on the pipelines himself as a young person.
He met Margaret Ann Fowler, at the First Baptist Church in Corsicana Texas and they married October 10, 1953.Â  He received his bachelors and masters degrees from the University of North Texas and taught school in Beaumont, Texas before entering the Air Force during the Korean Conflict.
After leaving the Air Force, Jim worked for Mobil Oil Company in Dallas. He then attended Southwestern Baptist Theological Seminary in Fort Worth, where he received a Masters in Religious Education. He earned a Doctorate in Education from the University of North Texas.
He spent his life serving God, sharing the Gospel message with everyone he met, ministering to those in hospitals and prisons, holding Bible studies in his home with his wife, feeding those who were hungry, and providing educational resources and clothing and other necessities to those in need.
He served as a minister of Christ's church at Town East Baptist Church in Mesquite, Texas, the Hill Baptist Church in Augusta, Georgia, Woodstock Park Baptist Church in Jacksonville, Florida, Sharpstown Baptist Church in Houston, and the Anchor in Surfside Beach. He helped start Northwest Academy, Bellaire Christian Academy and Rosehill Christian School, all in the Houston area and served as the first headmaster of each. He was also the headmaster for Second Baptist school in Houston, Dallas Christian Academy, and Brazoria Christian Academy.Â  He was always known very affectionately as "Dr. White".Â
After retiring from paid work, his spent 25 years volunteering with Christian groups and traveling. He spent time working with the Canadian Baptist Seminary, and working with mission groups in Africa and China, teaching and preaching. He served as interim pastor at churches in towns around Athens and Malakoff. Â He loved to teach the Bible, holding Bible studies at his home and in church.
His faith in God and devotion to prayer were defining characteristics of his life. He always believed that God supplied all of his needs and taught his children as well as those in his Christian schools and Bible studies, that loving God was the most important thing of all.
He was preceded in death by his beloved wife, Ann just short of their 60th wedding anniversary.Â  He is survived by his children, Lyn Â Farrell and husband Brian, Cindy McFarland and husband, Dr. Michael McFarland, Jeff White and wife, Leslie White.
He is also survived by ten grandchildren: Margaret Farrell Lamar, Katherine Farrell Foote, David Farrell, John Farrell, Ethan Farrell, Amanda McFarland Fitzhugh, Luke White, Thomas White, James White and Elizabeth White.Â  He is survived by five great grandchildren.
A funeral service will be held at 10:00 am at Huckabee-Tomlinson funeral home in Malakoff Texas on Saturday, June 24, 2017. Visitation will be held at the funeral home on Friday, June 23, 2017 fromÂ  6 to 8 .
In lieu of flowers, donations should be sent to Voice of the Martyrs.