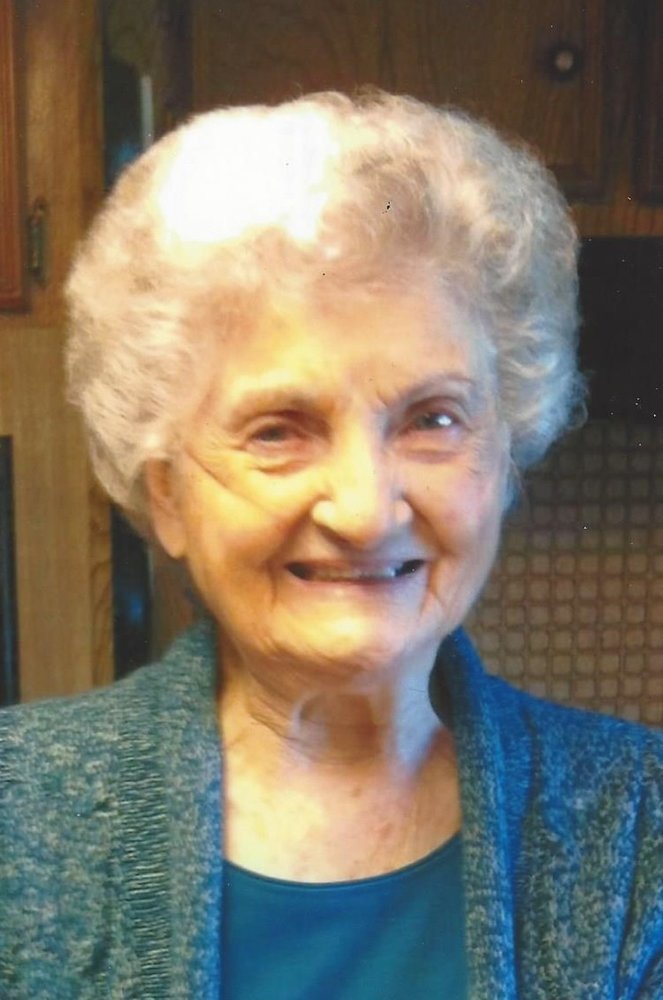 ~~MINNIE PEARL "KATE" VENABLE
Minnie Pearl "Kate" Venable, age 89, of Tool, TX went home to be with her Lord and Savior on Friday, December 01, 2017 in her home in Tool attended by her husband and children.
Kate was born in Tool, TX to George and Geneva (Mullins) Pierce and was the fourth of five daughters.Â  Growing up she enjoyed sewing, cooking and basketball.Â  Kate graduated from Malakoff High School in 1946.Â  She worked for the Dallas Fire Department, Dallas Police Department and in 1953 went to New York City to work for the FBI transferring later to Washington DC.Â  She retired from the Dallas Independent School District in 1993.
She will be remembered as a loving wife, the most precious mother and grandmother and sweetest most caring woman anyone ever met.Â  Kate will also be remembered as the best cook in the county, or anywhere as far as her family is concerned.
Kate was preceded in death by her sisters, Baby Girl Pierce, Morene Pace, Orene Brown, and Eva Jean Bowden. She is survived by her husband, Robert Lee Venable; her son Dale Venable and wife Deanna of Tool; her daughter Gail Sullivan and husband Mark of Tool; grandchildren Nancie Bauer and husband Brian of Plano, Clint Venable of Tool, Chance Sullivan and wife Hillary of Forney and Matt Wittram and wife Ashley of Malakoff.Â  Her legacy lives on in her six great grandchildren also.Â  She is loved greatly and will be missed by many.
Visitation with the family will be held on Sunday night, December 3, 2017 from 6:00pm to 8:00pm at the Huckabee Tomlinson Funeral Home in Seven Points, TX.
Funeral Services for Ms. Kate will be held Monday, December 4, 2017 at 1:00pm at the First Baptist Church, Tool, TX with Bro. Matt Faircloth officiating.Â  Interment will follow at the Tool Cemetery, Tool, TX.
Funeral arrangements are under the directions of the Huckabee-Tomlinson Funeral Homes, Seven Points, TX.