Jonathon E Crawford
Jonathon Crawford, a resident of Wilmer, Texas died Sunday, January 11, 2015 at Dallas Regional Medical Center in Mesquite Texas. He was 64 years old. A Memorial Service for Jonathon will be at 11 a.m. Wednesday, January 14, 2015 at First Baptist Church of Terrell, Texas, with Pastor John Wells officiating. Jonathon Edward Crawford was born January 31, 1950 in Sioux Falls, South Dakota. He was the son of Albert and Bette Crawford. Jonathon attended elementary schools in South Dakota and high school in Fort Worth Texas. He graduated from Castleberry High School in 1969. Jonathon worked in a number of occupations including mobile home construction prior to working over the past 25 years as a driver for WRR Inc in Dallas Texas. Jonathon married Regina Barker on April 20, 1969 and later divorced in 1979 after having two wonderful daughters. He then married Rosan Parker on March 22, 1985. She preceded him in death of February 7, 2003. Jonathon was once again blessed with love when he married Maria Gonzalez on October 20, 2007. Jonathon was an avid bowler, taking part in a traveling bowling league with Rosan. He enjoyed spending time with family and playing games. He was a loving husband, father, grandfather, and great grandfather. Jonathon is survived by his wife Maria Crawford of Wilmer Texas, two daughters, Cassandra Whitley and her husband Tim Whitley of Mabank Texas, Christa Hailey and her husband Charles Hailey of Mabank Texas. Grand children Rachael and Dusty Whitley of Mabank Texas and Ashleigh and Adrianna Hailey of Mabank. He left behind one great grand daughter Nevaeh Maulding of Mabank Texas. Jonathon had three brothers, David and wife Martha Crawford of Tallahassee Florida, Richard and wife Reba of Colorado Springs Colorado, and Thomas and Patty Crawford of Motley Minnesota. Many more relatives and friends all over the world will remember and miss him. He was and still is loved by many.

To plant memorial trees or send flowers to the family in memory of Jonathon Crawford, please visit our flower store.

A candle was lit in memory of Jonathon Crawford

Friends and Family uploaded 2 to the gallery. 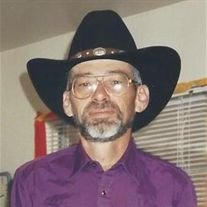 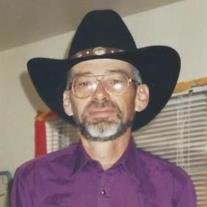