Joe Fulwiler of Trinidad, TX, passed away on September 12, 2014, at the age of 71. Joe was born in Lubbock, TX, on December 16, 1942, to Wallis Carter Fulwiler and Bessie Wadine Fulwiler. He is survived by his son, Joe Fulwiler, sister, Jane Ballew, brothers, Jeff Fulwiler and Jerry Fulwiler, and six grandchildren. Joe graduated from Temple High School in 1960, and then attended Sam Houston State University, where he received his Sociology degree in 1966. He managed one of his family's electronics stores in Austin, TX, for several years upon graduation before joining Texas Instruments' sales division. He left Texas Instruments in the mid-1970's to join his parents in the Rio Grande Valley to try his hand growing citrus fruit. But sales was his calling, and he followed it to Las Vegas, NV, where he led a successful career with a wholesale bar supply company. He retired not long after the turn of the century and returned to Texas to assist his parents in their later years. His greatest passion, besides his grandchildren, was fishing. Nothing pleased him more than to sit out on the boat dock in the setting sun and cast his line in the waning light, ready to set the hook when an unsuspecting catfish decided to take the bait. He was preceded in death by his parents, Wallis and Wadine Fulwiler, and sister, Judy Kathryn Lawrence. Graveside Service will be held on Thursday, September 18, 2014, at 2:30 PM at Waco Memorial Park Cemetery, Waco, TX.

To plant memorial trees or send flowers to the family in memory of Joe Fulwiler, please visit our flower store.

Friends and Family uploaded 2 to the gallery. 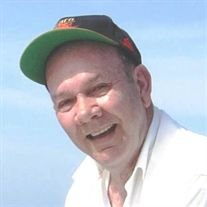 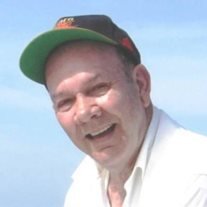