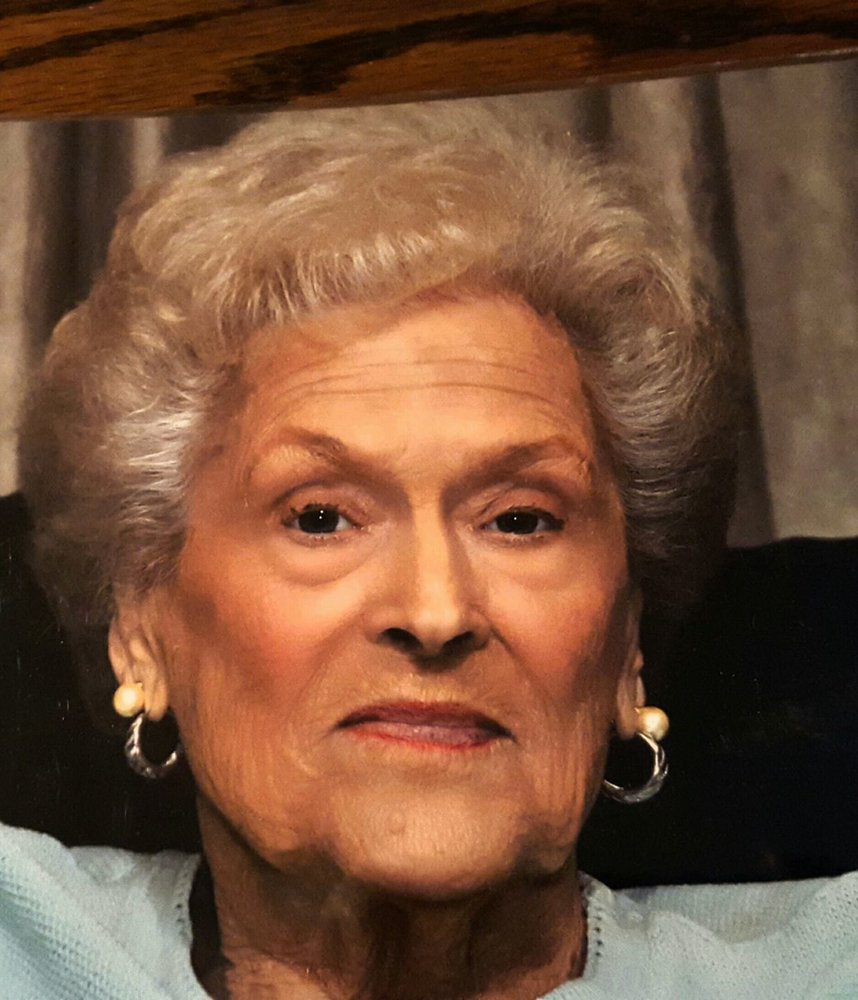 Jeffie Marie"Meme" (Crist) Dickey 88, was born in Frankston, Texas on Sunday, September 2,1928 to Lawrence and Gertrude (Adkins) Crist. She went to be with the Lord on Tues. December 14, 2016. She was the granddaughter of: Stephen and Virgie (Gipson) Crist and Tench and Viola (Pruitt) Adkins. Her grandparents lived in her childhood home until their deaths. She graduated Cayuga High School in 1945 as World War 2 was ending. She graduated from Nixon Business School in Palestine, Texas. Her first job was Secretary to Anderson County Judge Pace McDonald. She met her future husband Mack Henry Dickey Jr. in Palestine in late 1945 when he was on leave after the war. They married Oct. 15,1946 at Highland Park Methodist Church on the campus of SMU where Mack "Dickey" (as she always referred to him was playing football with the great Doak Walker). She graduated from North Texas State University in 1959 with a degree Business Education. She started her teaching career in Guthrie, Texas, then taught in West Oso, Flower Bluff, Corpus Christi, also at Mainland Jr. College. She ended her career in Dickinson where she taught for 18 years. She retired after 25 years in 1986. Her love for all the kids she taught made her an extraordinary teacher. She and Dickey also worked as Gate Attendants for the Army Corp of Engineers for 4 years at various locations. Then, they traveled the US in there motor home for several years before settling down in Malakoff at her parents home on North College Street. She was a member of the Eastern Star since 1950 Cockrell Hill Chapter-Dallas Texas. She had accepted the Lord as her savior and was a Baptist.
She was proceeded in death by her grandparents, parents, and her beloved "Dickey" in 1998.
She is survived by the "loves of her life" sons: Mack Henry Dickey III of Malakoff, Douglas Crist Dickey and Amee of Humble, Texas. Grandchildren: Brandy Christina Dickey, Amy Marie Dickey, Mack Henry Dickey IV and Julia, Jennifer Luchene, Jami Hester. Great-Grandchildren: Treymon, Alize', Jewell, Colby, Canyon, Braydon, Beaudee, Owen, Avery, Aiden all of Houston area. Sister and Bro-in-law: Virgie Viola (Crist) and Jack "Corky" McHaney of Medina. A host of Nieces, Nephews, cousins and loved ones. Special loved friends: J. T. and Debbie Trammell of Dilley. John and Gina Trammell and children: Jordan, Lainey, Jace of LaPorte. Jacob and Tanya (Trammell) Chitty and children: Dylan, Aubrey of Athens. Visitation Services will be held Friday, December 16, 2016 6-8 pm. at Huckabee -Tomlinson Funeral Home in Malakoff. Graveside service will be held at 2 p.m. on Sat. December 17,2016. At Bethel Cemetery (Cayuga). Pallbearers will be: Wade Coker, Chad Bishop, Bo Strickland, Larry Callaway, J. T. Trammell, Rudy Snyder. Honoree Pallbearers: Dr. Richard David M.D, Jacob Chitty, John Trammell, Dennis Crawford, Mike Harris, Robert Adkins, Rickey Frasure