Jackie B. Sneed Memorial services for Jack Sneed, 87, of Lakewood Subdivision on Cedar Creek Lake, will be held at the First Baptist Church of Tool, TX at 2:00pm on Saturday, May 7, 2016. Mr. Sneed was born Jackie Bryum Sneed on October 8, 1928 at Baylor Hospital in Dallas, TX to Reuben Henry and Lottie Sneed. He went home to be with the Lord peacefully while sleeping at his lake home on April 26, 2016. Jack graduated from Adamson High School as a star athlete. Following his graduation, he joined the United States Navy where he served our country proudly. Upon returning home, he met the love of his life, Janeth McLean. They married on January 31, 1953. Thanks to Mr. Sneed's Navel training and his further education, he was able to begin employment at Chance-Vought Aircraft in Grand Prairie. From there, Mr. Sneed started his own sales company, Telemetry Sales Corp. with offices from the east coast to the west coast. From the 1970's until retirement, Mr. Sneed continued his career with Microcom Corp. where he sold telemetry equipment in the Aerospace industry throughout the United States. In retirement, late into his 70s, he reestablished Telemetry Sales, representing Haigh-Farr and Herley Industries who depended upon his expertise! In the early 1960s, Mr. Sneed and his best friend, Jerry Brownlow, found a little piece of paradise located at Cedar Creek Lake. They quickly formed Lakewood Development. In December of 1972, Jack moved his family to Lakewood, where they have spent many wonderful years. He is survived by his wife of 63 years Janeth Sneed, son Jeffrey F. Sneed, daughter Julie Tinsley and husband Bobby, sister-in-law, Bernice Sneed, grandsons Nolan Tinsley, Christopher McMurrey, and Glenn Tinsley, granddaughter Mindy Whitecotton, nephews Jon Jones, Tim Sneed, Greg Hannon, Don Hannon, Matthew Hannon and Brian Engledow, nieces, Delinda Miller, Lydia Lane, Nancy Zimpfer, and Linda DeLude. Jackie is preceded in death by his parents Reuben Henry and Lottie Sneed, sister Joy Hay, brother R.H. Sneed, niece Jackie Kay Engledow, nephew Barry DeLude. Officiating: John Charles Netherton In lieu of flowers, the family requests donations to be made to The Muscular Dystrophy Association or to Meals on Wheels of Gun Barrel City in Jack Sneed's honor.

To plant memorial trees or send flowers to the family in memory of Jackie Sneed, please visit our flower store.

WE ARE SO SORRY OVER THE DEATH OF JACKIE.... HE WAS MY FIRST COUSIN.....DONNIE AND BARBARA SNEED FRISCO, TEXAS

Words cannot express how sad I am to lose my favorite uncle. His life lessons will forever live on through me and my children. Cocktails are being served in heaven right about now. Brisket and black eyed peas will be served up soon. Until we meet again Uncle Jack.

He had to go to Heaven to brighten it up, as he did here on earth. Miss you Jackie Sneed. Sherry Woodlee

Ki, Jaci, Cody & Casey Brownlow purchased the Dish Garden with Fresh Cut Flowers for the family of Jackie B Sneed.

I am so sorry for your loss.

A candle was lit in memory of Jackie Sneed

Friends and Family uploaded 63 to the gallery. 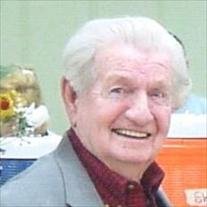 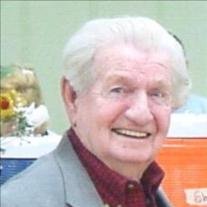 + 61 more
No service information has been added.