Howard Julian of Kemp, Texas passed away on June 27, 2016 at the age of 82. Howard was born on October 18, 1933 in Roxton, Texas to Fredrick K. Julian Jr. and Eula Corinna Ottmo Julian. Howard was a former resident of Malakoff, Texas from 1957 to 2003 serving three terms as Mayor and was a member of the First Baptist Church in Malakoff, Texas and owner of Julian sand and gravel. Howard proudly served in the army for three years during the Korean War and received a Korean Service Medal, National Defense Service Medal, and United Nations Service Medal. He is survived by his loving wife of 63 years Peggy Julian, son, John Howard Julian and wife Kareene, daughter, Melinda Kay Julian Wilson and husband Terry, grandchildren, Klair Elise Julian, Alexander Ryan Wilson and Alexa "Ally" Rhiannon Wilson. He was preceded in death by his parents, Fredrick K. Julian and Eula Corinna Julian, son, Ronald Duane Julian, sister, Margie Eloise Roberts. Visitation will be held on Wednesday, June 29, 2016 from 6 to 8 PM at Huckabee-Tomlinson Funeral Home in Malakoff, Texas. Service will be held on Thursday, June 30, 2016 at 11:00 AM at First Baptist Church in Malakoff, Texas. Bro. James Cheatham will officiate the service. Pallbearers: Terry Wilson, Alex Wilson, John Julian, Kerry Carrico, Todd Grimes, Lawrance Rice. Interment will be held at Malakoff Cemetery in Malakoff, Texas.

To plant memorial trees or send flowers to the family in memory of Howard Julian, please visit our flower store.

A candle was lit in memory of Howard Julian

To the Julian family: The passing of a loved one is always a time of heartache and old memories. Its not easy for those remaining but with the prayers from your friends and contacts from the community, it becomes a little easier. As I looked at the posted pictures of Duane, I remember all the fun we had as we grew up and finally graduated in 1951 from dear old Central High School. We stepped out into a whole new world, going our separate ways Gone but not forgotten. Billy Gene Strother, Central High School, Class of 1951

Mr. Julian was like a second dad to me. I spent countless days during my childhood at the Julian home with my best friend, Melinda. I loved to see Mr. Julian mow their huge yard on his riding mower and we would just wave as we rode by on our bikes or mopeds. He loved his wife and children and was a true provider and protector......Mr. Julian was a great man. Sending everyone my deepest sympathy. Much love. Bobbie Tanner

Donald Rice and family, Cary Kelley, purchased the Dish Garden with Fresh Cut Flowers for the family of Howard Julian.

Dish Garden with Fresh Cut Flowers was purchased for the family of Howard Julian.

We are so sorry to hear of Howard's (we called him Duane) passing. He was a well- loved family man and relative - my first cousin. The world was so much a better place because of his being here. There will be so many places/people who share the missing of this great man! Love to all, take care, and know that we are praying for you and the absence of someone who will truly be missed. Anna and Larry Huckeba

White Standing Spray was purchased for the family of Howard Julian.

Blue & White Sympathy Floor Basket was purchased for the family of Howard Julian.

Friends and Family uploaded 71 to the gallery. 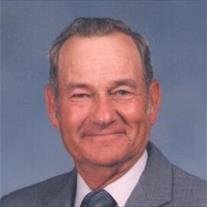 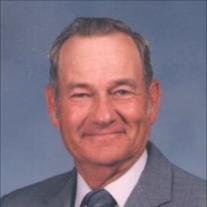 + 69 more
No service information has been added.