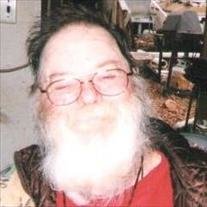 Harold Howard Hawkins of Eustace, TX passed away on December 19, 2015 at the age of 77. Harold was born on November 08, 1938 in Dallas, TX to Howard Hawkins and Nancy Marquis Wells Hawkins. Harold was a former street artist on Jackson Square in New Orleans. He was survived by his children, Lisa Hawkins and Clinton Hawkins, sisters, Dannell Latham and Connie Ann Conder, brothers, Robert Ellis Hawkins and Ronald Mark Hawkins, numerous nieces and nephews. He is preceded in death by his parents, Howard and Nancy Hawkins, son, Donald Ray Hawkins. Service is pending
To order memorial trees or send flowers to the family in memory of Harold Howard Hawkins, please visit our flower store.