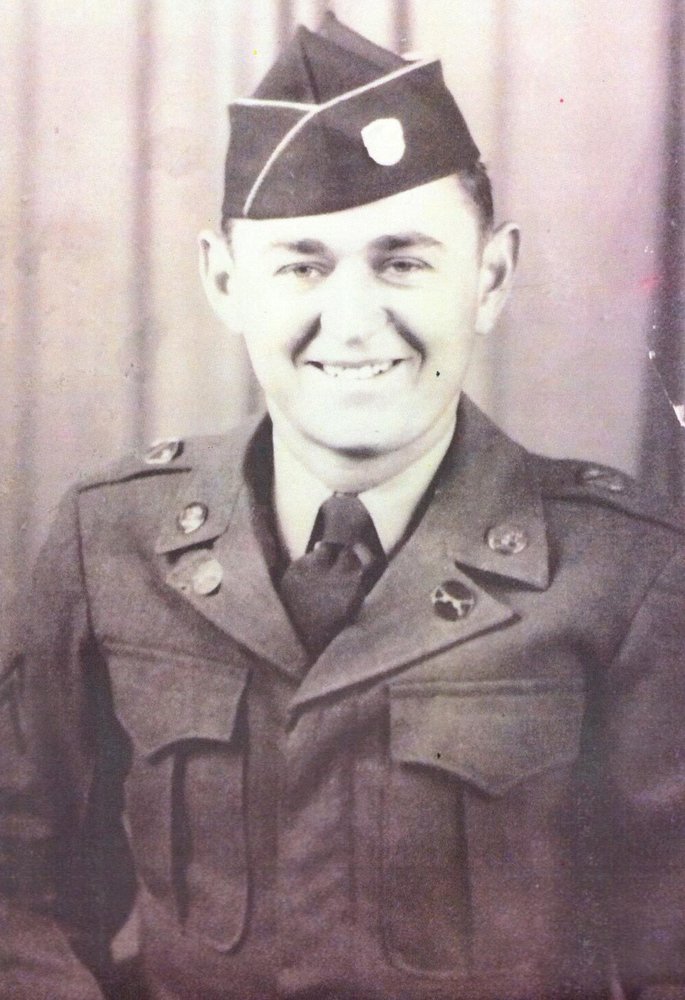 Requiem Mass for the repose of the soul for Gilbert (Gil) Gawlik will be held a Mary Queen of Heaven Church in Malakoff at 10:00 a.m. Saturday, June 16, 2018 with FatherÂ White as celebrant.
Burial will follow in the Malakoff Cemetery under the direction of Huckabee-Tomlinson Funeral Home of Malakoff.
RosaryÂ will be held on Friday, June 15 at 6:00pm , followed byÂ visitationÂ until 8:00pm, both held at the funeral home.
Gil was born 6/23/1927 in Falls City, TX to parents Henry H. and Bernice (Sczepanik) Gawlik.Â
He is preceded in death by his parents, wife Pauline (Nix) Gawlik, 3 sisters and 3 brothers. He is survived by his daughter Kim and (Travis) Coomer of Arlington, TX, his daughter Becky Gawlik of Irving, TX, and his son Greg and (Desiree) Gawlik of Allen, TX; grand children Will and Libby Coomer, Gus and Roman Gawlik,Â  and numerous nieces and nephews.
After graduating in 1945, he joined the U.S. Merchant Marines during World War II where he sailed on a T-2 Tanker carrying aviation fuel in the Pacific.
He also served in the Army in the Korean War between 1950-1952, 40th Infantry Division, 160th Regiment Combat Team, 1st Battalion Hq. Co., where he was Sargent, First Class of a demolition squad, and received several commendations, including a combat infantry badge, battle stars, and several Company ribbons. While on the front lines, he met cousins Ed Jendrisch, Jr., Fred Gawlik, and lifetime friend, Gus Swierc, all of Falls City, TX.Â
Upon discharge from the Army, he was offered the rank of Master Sargent to re-enlist, but declined, and instead, went back to work with friend Gene Dworaczyk and Conrad Swierc, Jr. in the commercial finishing business, serving the areas in an around Falls City and south Texas, where he stayed for the next 10 years.
In 1959 he joined Loan Star Producing of south Texas, working in the gas system in both Texas and Oklahoma.Â  While living in Dallas at the time,Â  he met and married his wife of 43 years, Pauline (Nix) Gawlik (dod 8/28/2005).
In 1964, Lone Star Gas ventured into chemical operations business, and built a sister company, Nipak in Kerens, TX, where he worked as an ammonium nitrate operator until the plant closed in 1978.
His hobbies included gardening, fishing and hunting - both for the sport and the meat - but he especially liked hunting birds with his bird dogs and running the coon dogs.
An avid fan of practically all sports, while in high school he lettered in football, basketball, and track. He especially enjoyed playing for the honorable Poss Johnson, a great teacher of discipline, studies, the mind, and games played.
Gil was a 3rd degree member of the Knights of Columbus of the Catholic Holy Trinity Church in Fall City, TX and Mary Queen of Heaven Catholic Church in Malakoff.