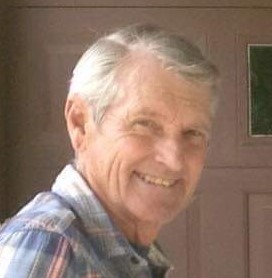 Eldon Ray "Grampy" Cox, 73 of Kemp, was called to meet his heavenly father on Thursday, July 7, 2022, with his family by his side. Grampy was a wonderful and loving husband, father, grandfather, great-grandfather, and friend to everyone. He very rarely met a stranger.

Eldon graduated college with an engineering degree and retired after 46 years from the construction business. He was the founder and owner of Cox Construction Company (CCC) where he designed and built custom homes. Eldon and family settled in the Cedar Creek Lake Area in 1979 after moving from Euless, TX. Eldon was a long-time member of the First Baptist Church of Tool, he was on the Board of Directors of Cedar Creek Municipal Water District, life-time member of the Optimist Club and a Friend of Bob.

He and his forever by his side wife, Gwen Adkisson Cox were married 53 years and blessed with a wonderful family. Son Michael Ray (Rusty) Cox and wife Jodi; daughter Teresa Lannette (Terri) McCord and husband Stephen Lynn (Steve) McCord. Seven grandchildren John Cox, Austin Cox, Kevin Cox, Tasha Cutter, Magen Pross, Jamie McCord and Joseph McCord. They have 13 great-grandchildren and three on the way. Grampy was also blessed with a host of friends and numerous nieces and nephews. He has a brother Kenneth Randall Cox, his wife Lori Cox, and sister Diane Whiteside, her husband James Whiteside, and her sister-in-law Haven Cox.

The immediate family will be receiving friends and family members for visitation on Friday, July 15, 2022, from 6:00pm to 8:00pm at the Huckabee-Tomlinson Chapel in Seven Points, TX.

A celebration of life service will be held on Saturday, July 16, 2022, at 10am at the First Baptist Church in Tool, TX. Interment will immediately follow the service at the Tool Cemetery. Bro. Rocky Weatherford will be officiating for the family and all services are under the direction of Huckabee-Tomlinson Funeral Home and Chapel.

To order memorial trees or send flowers to the family in memory of Eldon Ray Cox, please visit our flower store.