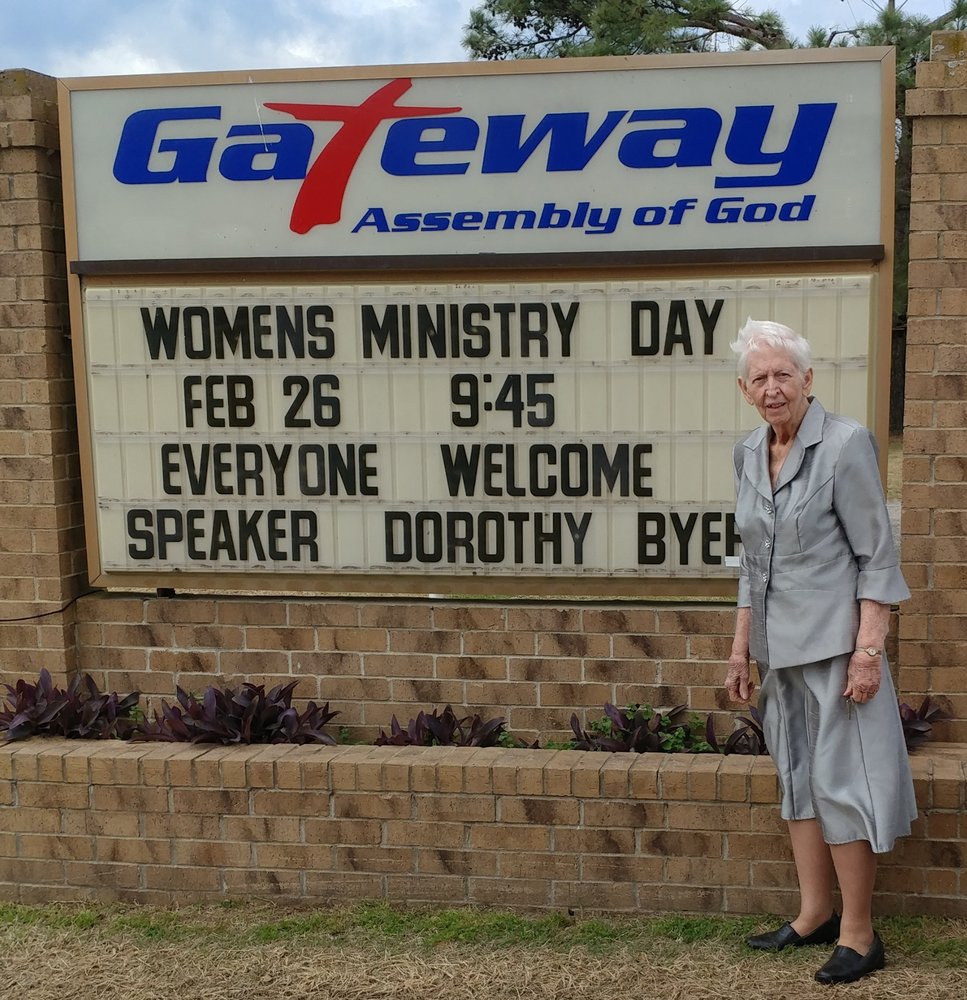 Dorothy L. Byers, 91 years old of Trinidad, TX, went home to meet Jesus Saturday evening, June 30, 2018; while she was at the UT Health East Texas facility. All of heaven rejoiced when Ms. Dorothy joined her friends and family there, but she left a host of friends behind here who will miss her humor, wit and smile.
She was born in Garland, TX, daughter of Leroy Olsen and Annie Aston Olsen. Dorothy was the oldest of the Olsen children having a sister Ruth who was three years younger than she. Dorothy was very close to her sister Ruth. Their father was a TV technician who had his own business at his home. Their mother, who was still living at home at the age of 92; instilled in her girls the quality of independence (which, she herself stated was not always a blessing!) Dorothy's physical needs were met as well as her spiritual needs, she was always in church and the Lord was all-important to her.
She worked as a Records Analyst for EMSO-LVT. She met Edward Byers through a neighbor who introduced them at a revival in Warsaw, TX. Edward was a preacher who has lost his wife and had two sons. Dorothy developed a close relationship with Edward's son Eddie, Jr., almost immediately. She said that there was just a bond between them. A relationship developed between Edward and Dorothy, and they were married on November 1, 1980. Dorothy ministered with Edward on the evangelical circuit until 1984 when Edward had a major heart attack which forced him to retire from the ministry and other business concerns.
Dorothy still continued to teach an adult Sunday School class for many years at the Lakeview Assembly of God Church in Seven Points. Dorothy loved the Word of God and loved to be able to share and teach it to others.
Dorothy is preceded in by her loving parents, her sister Ruth and Bill Newman and beloved husband Edward Byers. She is survived by her son Edward Byers and wife Cindy, nephew Ronnie and wife Andrea Newman, one grandson Neil Byers, three great nieces and one great nephew.
She is truly a great inspiration to all who knew her.
Visitation with the family will be Thursday, July 5, 2018 at 10:00am at the Lakeview Assembly of God Church in Seven Points, TX with Funeral Service to following at 11:00am.Â  Rev. Don Bell and Rev. Joe Tucker will be officiating for the family.
Services will be under the direction of the Huckabee-Tomlinson Funeral Homes Seven Points.