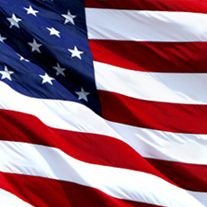 Bobby Lee Rattan September 30, 1929 - June 20, 2016 Bob was a sixth generation Fort Worth native and long-time resident in the Cedar Creek community. He was a U.S. Army veteran, serving in Korea, and worked for Southwestern Bell Telephone Company/AT&T for 38 years. After retiring, he started several companies in the construction/remodeling business. He also founded Hospice of the Heart and Meals on Wheels, both serving the communities around Lake Whitney.
Bob was a devoted Christian who worshiped and participated at both Cedar Creek Lake United Methodist Church and Church of Christ - Seven Points.
He was a loving husband, father, grandfather, and great-grandfather, and was preceded in death by his parents, John and Gertrude Rattan; his brothers, Pat, Bill, Gene, and Johnny Rattan; his stepson Tim Cavender; and his first wife Nancy Rattan. He is survived by his wife Betty, and his children, Karen Flournoy and her husband Phil, Steve Cavender and his wife Robin, Joe Rattan and his husband Christopher Rhodes; his grandchildren, Jason Flournoy and his wife Brittany, Toby Flournoy and his wife Devon, Zach Cavender, Zane Cavender, Shandi Flournoy and her husband Patrick, Chris Rattan; and his great-grandchildren, Isaac Cavender, Kyleigh Flournoy, Parker Flournoy, Brayden Flournoy, Owen Flournoy; and Barney the Beagle. A service in celebration of his life will be held at Cedar Creek Lake United Methodist Church on Saturday, June 25 at 3 p.m. The church is located at 100 S Old Indian Trail, Tool, TX 75143 In lieu of flowers, the family requests that memorial gifts be made to the food pantries at: Church of Christ - Seven Points, 235 W Cedar Creek Pkwy, Seven Points, TX 75143; or Cedar Creek Lake United Methodist Church, 100 S Old Indian Trail, Tool, TX 75143.
To order memorial trees or send flowers to the family in memory of Bobby Lee Rattan, please visit our flower store.