Bernardino Herrera of Kemp, TX passed away on January 12, 2014 at the age of 75 Bernardino was born on May 6, 1938 in Mexico to Eulojio and Loreto Herrera. He was preceded in death by his parents, wife, Marie Guadalupe Herrera He is survived by his children, Jose Herrera, Rosalba Herrera, Auralia Herrera, Bernardino Herrera Jr. and Eulojio Herrera Visitation will be held on Friday, January 17, 2014 from 6 to 8 PM at Huckabee/Tomlinson Funeral Home Seven Points, TX Graveside service will be held on Saturday, January 18, 2014 at 10:00 AM at Kemp Cemetery in Kemp, TX

To plant memorial trees or send flowers to the family in memory of Bernardino Herrera, please visit our flower store. 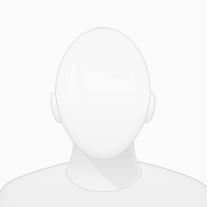